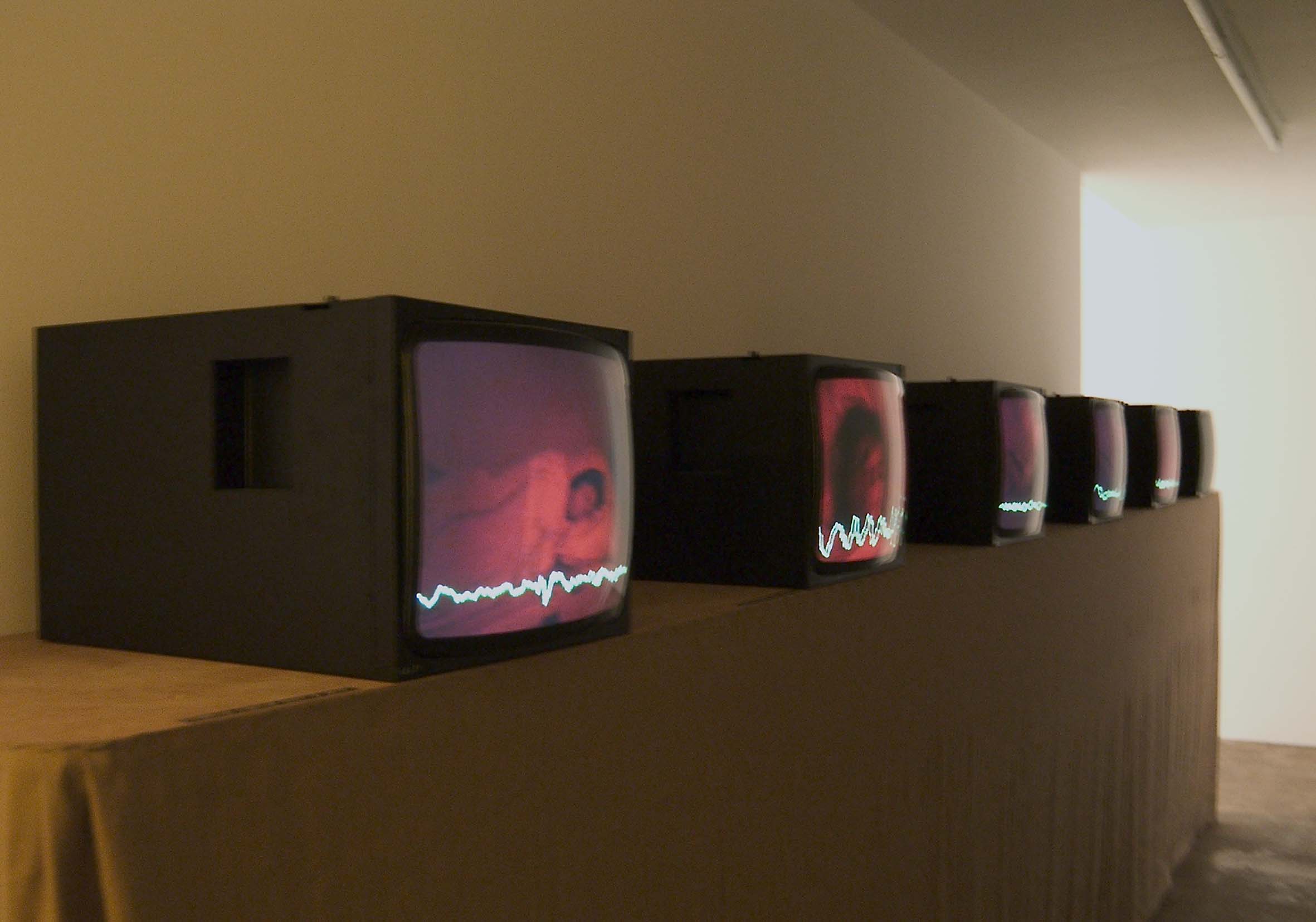 A live installation by Anna Linder

Today, sleep disturbances are generally regarded as a major concern for public health.
They are a societal phenomenon caused by our need for more time, longer days and shorter nights. Can sleep disturbances be inherited? Are they something we cannot do anything about? Can they be controlled?

An exhibition on sleepwalking and talking in one’s sleep. Anna Linder is a sleepwalker and will stage a medical and artistic investigation of herself as she sleeps in the gallery. During the first week she will be filmed daily, and her brain waves will also be registered. The results will be shown in their entirety on the next day to visitors.

The exhibition has received economic support from the Sleep Disorders Unit at the University Hospital in Uppsala, Resmed Svenska AB, The Culture Agency of the City of Stockholm, The Art Grants Committee, and Film Stockholm.