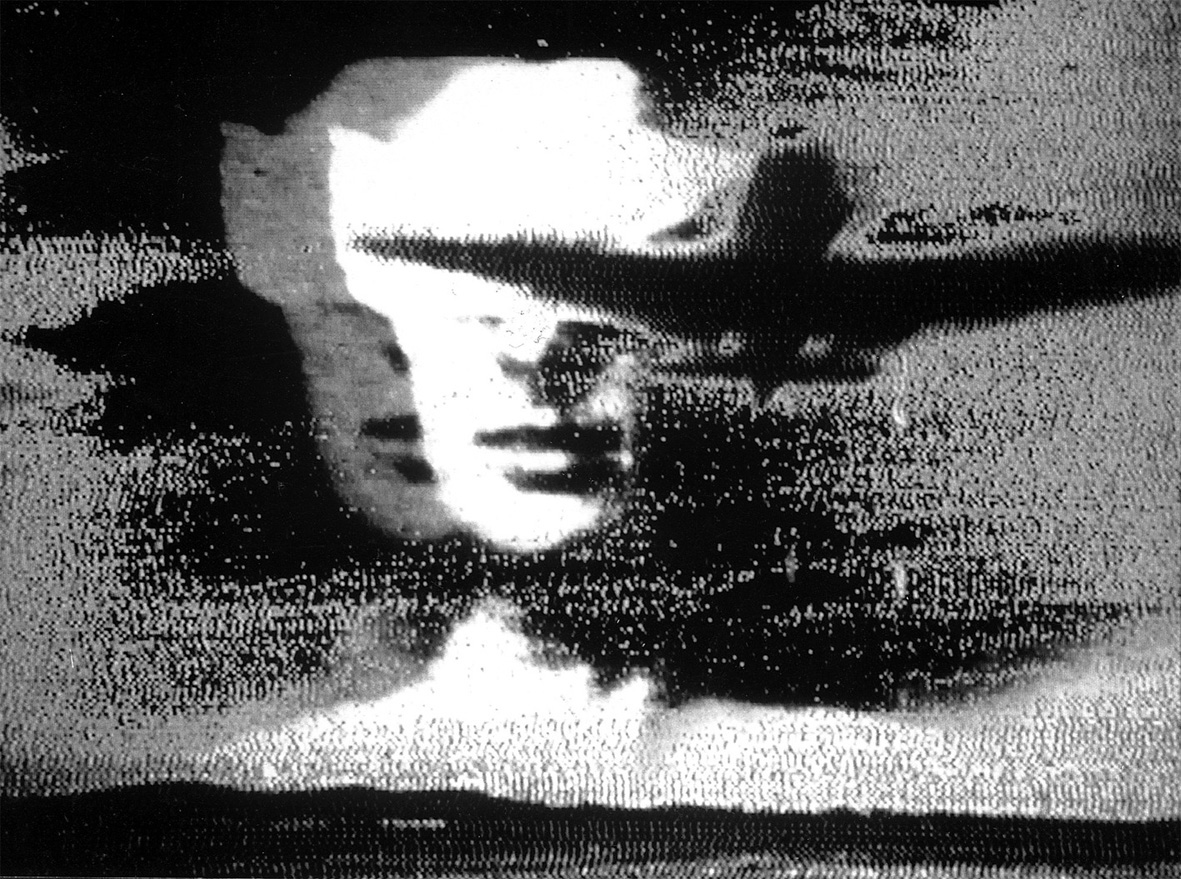 ”A MAGIC IMAGE: A CASE OF INTERSEXUALITY. SHE SHOULD NOT EXISTS. SHE EXIST. SHE EMBODIES PURE DIFFERENCE.”
”YOU ESCAPE ALL FORM AND YOU CONTAIN ALL FORMS. A REALITY WITHOUT SHAPE, WITHOUT NUMBER, WITHOUT NAME YET. UNCON- CEIVABLE – EXCEPT THROUGH LOVE.”

For the first time the works of Maria Klonaris and Katerina Thomadaki are presented for a Swedish audience. Klonaris/Thomadaki who both have Greek origins have been working in Paris since the mid-70s. Together, they became known as the first female double auteur artists in the world and they co-signed their work for forty years. They have been leading figures of the French experimental film scene since the late 70s when they also introduced the concept Cinéma Cor- porel (cinema of the body). In their work they in- vestigate the subversive body, the feminine and androgynous identity, sexuality and the uncons- cious. Since 1976, they have been working on body as language and in 1977 they published the ”Manifesto for a Radical Femininity, for Another Cinema”. This leads them to work with theories and ideas related to gender and identity. 1985 begins the long-standing and ongoing work on The Angel Cycle out of which four pieces will be shown during the film festival. Through their film language, they create a spatial poetry that af- fects the physical. The cyclic patterns and the sometimes bombastic, repetitive pulse gives a sense of bodily consciousness in the viewer. Anna Linder, curator
The screening is preceded by a presentation by Katerina Thomadaki and followed by a talk with curator Anna Linder, researcher at Valand Academy.

The Angel Cycle has its starting point in a medical photograph of an intersexual that Maria Klonaris found in the ar- chives of her father, Dr. G. Klonaris. Klonaris and Thomadaki have associated this ambiguous body to the concept of the Angel. Up to now The Angel Cycle includes more than thirty works: expanded cinema, multimedia performances and environmental installations, photo-sculptures, sound pieces, radio broadcasts, an artist’s book, computer anima- tions, video tapes.

REQUIEM FOR THE 20TH CENTURY
This video brings the “Angel” photograph in relation to archival footage from World War II. It is an anti-war manifesto, an elegy. As a body of difference, a stranger, the “Angel” figure acquires an ambiguous status of observer, witness, victim or judge. This video crosses technologies: Super 8 and 16mm film, photography, computer graphics and video processing.
FRANCE/GREECE 1994. Experimental. 14 min. DIRECTION: Maria Klonaris, Katerina Thomadaki.

PULSAR
Pulsar is an abbreviation for the astronomical term Pulsating star. Born through copllapse, thpulsars are galactic objects, radiosources which are characterized by an intense electromagnetic emission. Here Maria Klonaris´s figure occupies the entire screen. Her improvised performance is an ecstatic danse between pleasure and catastrophe, a black and blue body language which grapples with the white of the screen and the luminous suddenness of a firework display. The astral body is disintegrated and recomposed digitally.
FRANCE 2001. Experimental. 14 min. DIRECTION: Maria Klonaris, Katerina Thomadaki.

QUASAR
Quasar is an abbreviation for the astronomical term quasi-stellar radio source. Quasars are the most far away intensely brilliant active galaxies. They have a bipolar structure and eject matter from the interior regions of their nucleus. Quasar is a double self portrait, in which the artist ́s fac- es hybridize with each other and with astronomic still photographies of stars. The macrocosm in Quasar is a non colonized and non science-fictionalized outer space. Quasar is a cosmologic pro- ject of female and intersex cosmogonies, as well as a project on gaze.
FRANCE 2003. Experimental. 32 min. DIRECTION: Maria Klonaris, Katerina Thomadaki.