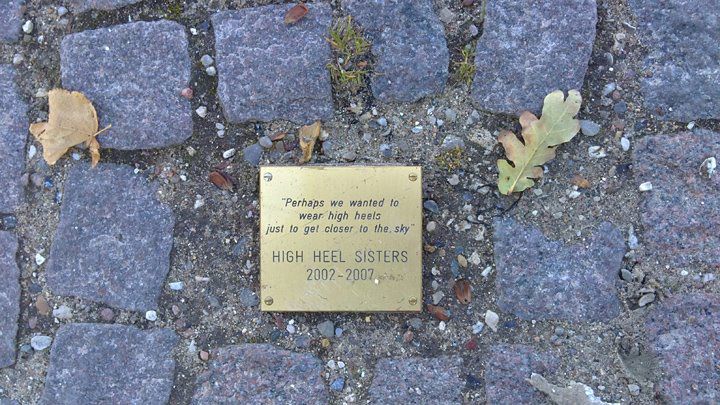 With a large dose of humour and a burning feminist zeal High Heel Sisters examined and took on many of society’s (and their own) expectations and accepted norms primarily associated with gender, sexuality and class. Their activity focused on negotiation different forms of privilege in the public space while simultaneously disturbing and playing with the notion of aesthetics and frames of contemporary art. The starting point for High Heel Sisters collaboration was Malin Arnell’s, Line Skywalker Karlström’s and Karianne Stensland’s shared yet varying experiences of physical attributes of height (minimum 178 cm), minimum 41) and age (minimum 30yrs).