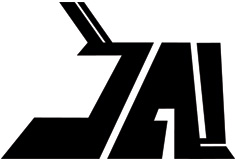 YES! Association / Föreningen JA! (2005-2018) was an art collective, an artwork, an association, an art worker, an institution, a group of people working to overthrow the ruling system of heteronormative, patriarchal, racist, and capitalist power structures by putting into practice a structural redistribution of access to financial resources, space and time within the (art) field. YES! Association / Föreningen JA! engaged through a performative practice in the situatedness of particular invitations (from institutions and beyond), in jurisdiction (of access to place, space and beyond), in the formalities that organize the possibilities of manoeuvre for bodies (within institutions and beyond), in strategies related to rights discourse and radical difference (through the world’s ongoing re-configuration). As a means to work through these issues YES! Association / Föreningen JA! claimed the smudgy position of the in-between-spaces, moving in triangular formations through bodily entanglement with agreements, clay, smoke, labor, text, history, infrastructure of the city to offer time and space for collective responsibility, sustained engagement and trust.