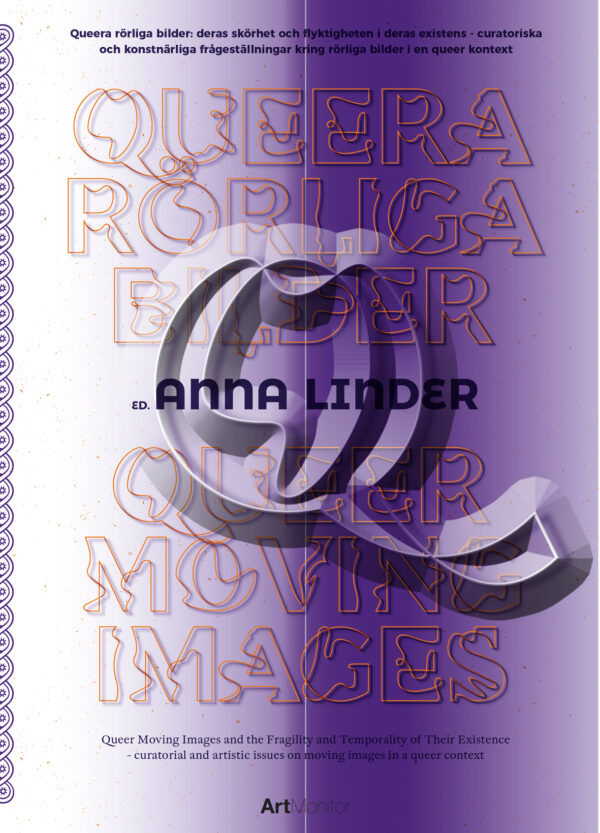 Essays such as Amelie Björck’s To come into being in a queer time and Louise Wolthers’ Queering the family: images of reproduction both make links to the film Spermwhore, the creation of which is outlined in On Research In What’s Most Private by Anna Linder.

The somewhat overlooked film Mai Zetterling’s Stockholm is discussed in detail within. Ingrid Rydberg’s article further contributes to the knowledge of the unique Swedish film scene in the 1970s by addressing films such as Damned Queers,The Woman in your life is you and Eva & Maria. You are invited to take part in the panel discussion on Susan Sontag’s time in Sweden and to follow the experimental cinematic process of Joey Carducci.

The volume also includes moving images; the film Spermwhore and Barbara Hammer’s lecture MAKING MOVIES OUT OF SEX AND LIFE (and making it all transparent).

Introduction
Links
Anna Linder on discovering a piece of forgotten film history
Zetterling’s bad timing – Ingrid Rydberg
Desperately Seeking Susan – Ingrid Rydberg
Panel discussion about the documentary Regarding Susan Sontag (Nancy Kates, 2014)
Queer Moving Images Workshop
Handcrafted Selling Out: The Dirty Work behind “A Work of Persol”
Between positive representation and camp performance: Three films from the Swedish lesbian and gay liberation movement [I] – Ingrid Rydberg
Spermwhore – Anna Linder
Spermwhore – The Music
To come into being in a queer time – Amelie Björck
On Research in what’s most private – and the birth of the Film Spermwhore – Anna Linder
Queering the Family Narrative: Images of Reproduction – Louise Wolthers
Spermwhore – Juli Apponen 2009, Soundpiece
Spermwhore – a film about longing for children – Anna Linder
Spermwhore Film Festivals – Screenings and Talks 2016
Eftersnack Spermahoran (only in Swedish)
References and Inspirations
What does a curator do?
Queer Culture – Conference in Stockholm, November 19-20, 2015