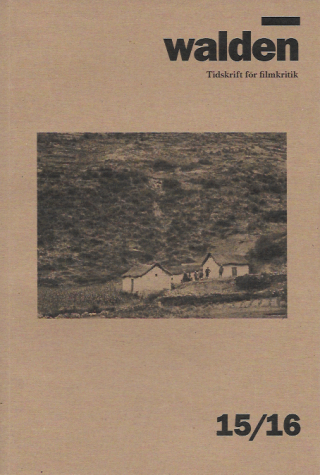 In the magazine the texts is translated into Swedish.
Short summary from the original text (Anna Linders text is only in Swedish):

For me, the process of queer art making is impossible without queer relationships, in fact queerness is at the heart of the labor and methodology in my work and I strive create images in both my film and performance work that reflects this. I almost exclusively work with people I have some kind of close relationship with, especially because desire and living that desire is the motivational root behind what I make. I am always making images and ideas from the moment in which I am experiencing them…. working out what I need to understand. Hypocritical desire is at the root of queerness. In order that queer relationships of variant intentions may propose alternative economies of desire with the potential to move discursive time and space, it is key to recognize that deep politics do not always align with complicated intimacies. For me Barbara was always edging on this idea. I have always been inspired by the way she stood by her convictions, while also being able to look at herself and where she was positioned with her work as she made it. One of the best episodes of advice she gave me before she died was to never stop making work, even when you feel that no one cares about what you are doing. Even when you feel that maybe it’s irrelevant. She taught me that being productive and true to your desire as an artist is what should be one of the main driving forces of ones’ practice. Barbara did so much for, but more than anything, through tough love, she really encouraged me (and still does) to keep going, keep creating and fight as authentically and honestly as possible in the face of an art economy and system that has the power to make you feel every impossibility. / Liz Rosenfeld

Hammer affected my work while we were shooting and definitely still affects my work today. There are some obvious and not-so-obvious inside jokes in our film that refer to me being so measured and careful and sort of thinking too much in my process of shooting. I spent a lot of time cleaning the lenses and the camera, using a light meter and tape measure and rehearsing before pulling focus. Hammer’s shots were so much more alive, going in and out of focus while she was dancing around with the camera just “feeling it” and to find out how it looked later. That was an amazing lesson and inspiration that still stays with me today. To this day, I am day I am still amazed by her determination and her drive. It was so inspiring it was almost contagious. It’s as if she shared a glimpse of it with us as encouragement, or as an invitation to see where we could go with one of our ideas if we really went for it and ran full speed ahead with it, Hammer style. She was so alive, and I feel like her dedication, encouragement and persistent filmmaking spirit still is. / Joey Carducci