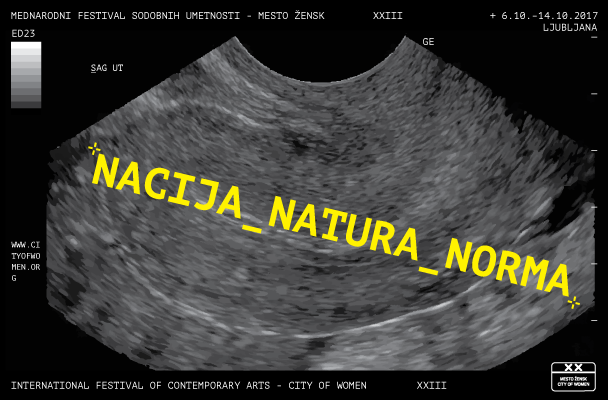 Spermwhore is taking part at the International Festival of Contemporary Arts – City of Women XXIII in Ljubljana, Slovenia.

Experimental film about unwanted childlessness in a world where normative heterosexual relationships dictate who can become parents and in what way. When it comes to reproduction, our merciless bodies reduce us to merely a set sex or given gender. But the longing for children is not limited to our bodies, and the possibility of pregnancy can be gifted, shared and undertaken together.

The author on the project: “The darkness is about being able to focus on our bodies and our body parts, while providing the necessary intimacy required for the film. Nakedness without exhibitionism. Bodies without ownership. Body parts belonging to a large family body instead of individuals. The idea of filming loose body parts, both incoherent, disconnected from each other and intertwined, felt important for the film. Important for us. Important for the notion of the family. That there are many who belong in different ways. I knew early on that the film would be very dark, with inconsistent and moving light, and would by all means be filmed in Super 8. These three distinct starting points formed the basis of the film project in 2011.”

Free entry. In the frame of the project Performing Gender – Dance makes differences.
Spermwhore is part of the research project Queer Moving Images at Valand Academy.

Organization: City of Women. In cooperation with Alkatraz Gallery.
Supported by The Swedish Arts Council.